A Cautionary Tale About the Media 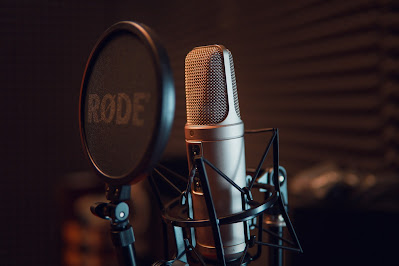 By Terry Whalin @terrywhalin
The media (like Talk Radio) is an important element for authors to reach readers. As a journalist, I've interviewed many bestselling authors and published their stories. As an author, I've been interviewed on numerous radio, magazine and podcast shows. Here's one of the facts for you, I've never paid for any interview or paid to appear on any media program. If someone is charging, then your internal alarm bells or red flag should sound.
Because of my years of work in publishing and my activity, I have thousands of connections on LinkedIn. Last week someone invited me to make a connection (a common practice). I looked at this person's profile and accepted the invitation. Almost immediately, this person began to email me about appearing on his radio show, the millions of listeners. He had a slot for me to appear this week and it would only cost me $250 which paid for his producer and other people involved in the broadcast. I responded that I had done numerous interviews and never paid for such an opportunity and I asked him to waive the fee. The timing (the next day) sounded suspicious because from my experience these types of opportunities are booked several weeks ahead.
He responded that he could drop the price to $200 and if I returned as a guest (which according to him many people do) it would only be $100. He continued to push for payment and my internal alarm bells were sounding. After several exchanges, I wished him the best and passed on the interview. At that point, he  began to belittle me and my book (more alarm bells). In the end, I blocked this person on LinkedIn so I will not interact with him again. It was a money-making scam and I wanted no part of it.
As I think about it further, anyone can create a LinkedIn profile and this one may have been fake. The person's photo was someone with sunglasses could have been anyone. I'll never know but the alarm bells in my mind were sounding with my exchanges.
As authors, we have to use our common sense with such “opportunties” along with our past experience. I've hired publicists who are connected to media opportunities. These professionals read my book, create media kits and book interviews. Their role is a common one within the publishing community. Also they book me on programs where I don't pay for such opportunities to reach their audience.
I'm telling you about this experience as a cautionary tale with the hope it will help someone avoid the expense and pain of being scammed. There are many working journalists who have a well-established audience and reputation.  Several years ago, to promote my biography about Billy Graham I flew to Tampa, Florida and appeared on the HomeKeeper's program. You can see my interview here. (The interview begins at about 10:11.) This program reached millions of people and I didn't pay anything to the program for this opportunity.
Have you had media experiences where your internal alarm bells sound? Let me know about it in the comments.
Tweetable:

Authors need to use common sense working with the media. This prolific editor and author tells a cautionary tale. Get the details here. (ClickToTweet)

Are You Missing A Key Element to Publish Your Book? Get the details here.

I've been a guest on two radio interviews and didn't pay because U was the 'guest'.I've had three different offers for me to pay to be on a program. I knew this must be wrong. Thank you for letting us know.

Thank you for this comment. As authors we have to be careful and not fooled by some slick promotion. We should not pay for radio interviews--which are free from my experience.