The Importance of Multiple Follow-up 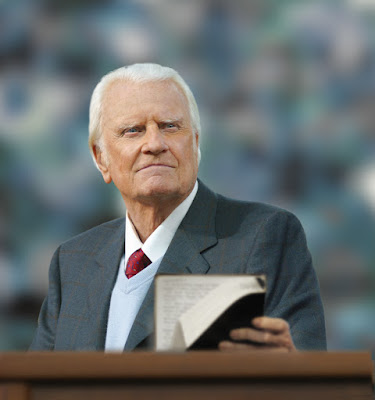 My Billy Graham biography has been released for three and a half years. I'm still working on increasing the number of book reviews. As of this writing, I have 73 Amazon reviews, which are mostly four and five stars from readers. I've had others promise to review the book. I've written these people to follow-up and confirm they received the book (which they have) and are still working on reading and writing their reviews. 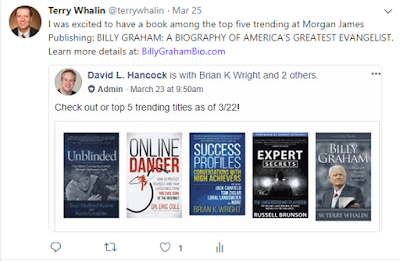 With the passing of Billy Graham, my book has garnered attention from the media and I've been able to do a number of interviews. In late March, I was surprised to learn from the founder of Morgan James that my book was trending in the top five books from the publishing house. See this link for the details. When you receive this type of news, some authors would believe they can coast instead of continuing to promote their book—which would be wrong in my view. Instead of coasting, I've been working even harder at my promotion.

As people agreed to write a review, I have kept a list. A couple of times, I've used this list to follow-up with these individuals and stir more of them to write their reviews.  I understand the challenges with writing reviews. Because I've written over 850 Amazon reviews and I have 5,000 friends on Goodreads, several times a day, I'm approached to review books. I answer these emails but the majority of these requests, I turn down because of my limited reading time and I'm already committed to write reviews on other books. 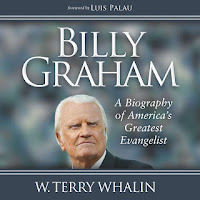 Why should I care about adding new reviews for my Billy Graham book? The book has been in the market several years but there are new things to talk about. On November 1st, the audiobook of Billy Graham released. While I have a number of reviews, few of these reviews relate to the audiobook (like this one). I continue to promote this audiobook and look for people to listen and write an honest review.

As the author, I have the greatest passion for my own book. If I've given up, why wouldn't others (like my publisher) give up on the promotion of the book? My advice is to keep going on the promotion of your book—despite the amount of time your book is on the market, how it was published (traditionally or self-published) or when it released.

If you are not happy with your book sales, then it is never too late to change and take action to promote your book. The consistent promotion is an important aspect. If you don't try, it will not fly. Not everything that you attempt will succeed but I applaud your continued efforts.

Are you continuing to promote a book which you published and are in it for the long-term? Tell us your experience in the comments below.

Why is it necessary to follow-up multiple times? According to this prolific author, it's part of the process. (ClickToTweet)