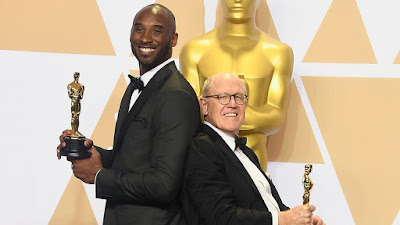 The Oscars aired last Sunday night. While the audience has been slipping for this event and they often highlight “different” films (ones we never see), I still watch it. This year, I could not watch it live because my wife and I were traveling home from Kentucky where a few days before my mother celebrated her 90th birthday. Prior to leaving, I set my DVR to record the program and we've been watching it this week.


Over the years, I've watched hours of this event and never seen a single person that I've personally met—until this year. Imagine my surprise when they called out the winner in the Short Film category and called Glen Keane and Kobe Bryant. Here's the eight-minute clip: 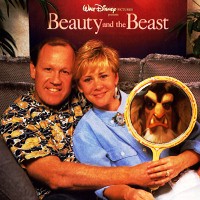 Many years ago I wrote a story about Glen and Linda Keane which was published in Marriage Partnership magazine (which no longer is publishing). Glen worked at Disney animation for many years and was the lead animator of The Little Mermaid, Beast from Beauty and the Beast and many other films. You can follow this link to read my article from 1992. It has been years since I thought about Glen and his work on some children's books. It made me wonder what happened to those books and reach out to Glen to see if I can reconnect with him. It has not happened at this writing but I'm hopeful.

Last week, literary agent Bob Hostetler wrote a terrific article: It's Not What You Know But Who You Know. Yes it is important to have skill in writing and storytelling but I agree with Bob, that who you know is a key part of the process.

How do you kindle or rekindle the various relationships you have in the writing world? Sometimes it is from an occasional phone call or an email. Or maybe you are both on each other's newsletter list or read each other's blogs. There are many different ways to establish and reestablish these connections. Part of my regular practice as a writer and editor is to reach out to new people—but also to reconnect with old friends. Last week I made a number of these phone calls and emails to others. In some cases, I get zero response from it but in others, it reconnects me to these people and we are able to work together again.

As you read this story, who comes into your mind that you need to reconnect or reach out to them? Make some concrete plans to do so and tell me about it in the comments below.

Even Watching the Oscars Can Lead to Valuable Ideas. Find out more here. (ClickToTweet)