What Is Your Second Act? 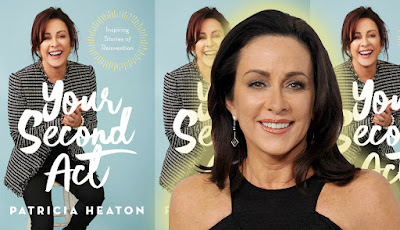 Recently I listened to the audiobook version of Patricia Heaton's Your Second Act. The book is well-done with interesting stories. The theme of the book is reinvention or discovering what you are going to be doing during the second part of your life (or the second act).
I know for in my life, I have reinvented myself a number of times and filled different roles in the marketplace. For example, I've been a writer, a magazine editor, an acquisitions editor (now at my third publisher), a literary agent, a ghostwriter, a collaborator and probably a few other roles. Different roles come at different periods in my life. I stopped writing books for others for about ten years then almost two years ago I began again to write for others (something which is a firm part of my current writing life).
Before listening to the Your Second Act audiobook, I knew very little about the life of Patricia Heaton. Yes I had watched her on Everyone Loves Raymond but knew little else. It was fascinating that her father was a journalist and both of her brothers. It makes sense she studied journalism at Ohio State before switching her major to theater. I loved how the center of Heaton’s life is not the theater or acting but her faith—and she makes this clear in the first chapter. Heaton is a spokesperson for World Vision and has made overseas trips with the organization.
The audiobook cover says read by the author and the “full cast.” Until listening to the book, I didn’t understand “full cast.”  Other than the first couple of chapters where Heaton tells her personal stories, each chapter is focused on a single person. That person reads part of their own story in the book. After telling their story they include a Q & A section with Heaton asking questions and the person answering. Then each chapter includes Patty’s Points which gives readers action points from that particular chapter. Finally there are “Reflection Questions” for the reader.
Your Second Act includes important details for every person in their own second career. For example, professional golfer Betsy King tells about forming a nonprofit GolfForeAfrica.org and how she found a partner, made her 501(c)3 and many other important details. It doesn't have to be creating a separate organization. Your Second Act includes information about volunteerism which can take many forms such as BigSunday.org. The stories are excellent but have universal application to readers trying to figure out their own second act. Each one is well-done and interesting. Each chapter includes “Reflection Question” for the reader to apply the material to their own life.  The result is a well-done thoughtful book with application for every reader about reinvention. I highly recommend Your Second Act.

Listening to this book, reminded me of another book about reinvention, Halftime by Bob Buford. Several decades ago I wrote the study guide for Halftime. Originally it was published as a separate booklet but then at some point, Zondervan added it into final pages of the bestselling book. I'm certain many people have forgotten I worked on Halftime. This book continues to be a significant book on this topic of reinvention or transitioning into your second act or career.
What are you doing for your second act? Or maybe it is your third or fourth career? Let me know in the comments below.
Tweetable:

What are you doing for your second act? Get insights and details here from this prolific editor and writer. (ClickToTweet) 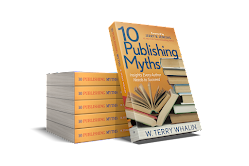