What Is Your Writer's Legacy 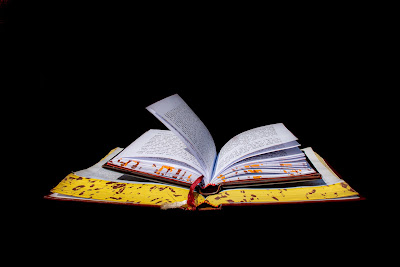 This week I learned one of my long-time writer friends, Mark Littleton, died. Mark has written over 98 books that have collectively sold over a million copies. It's just one of the many contributions Mark made to our world. As I look through the listing of his books on Amazon, I noticed the diversity in Mark's books: nonfiction for adults, nonfiction for children, Bible related books, novels and much more. Some of the books are Christian while others are general market books. He also wrote for a wide range of magazines including Reader's Digest and many others.

For over 30 years, Mark and his wife, Jeanette, were the early leaders of the Heart of America Christian Writers Network, a community of writers in and near Kansas City. Also this group has held an annual writers conference. I have been honored to teach at this event several times over the years. It's another part of Mark's legacy: training other writers in the craft of writing. Mark had been ill for months and I had been a part of the multitude praying for him and his family. He was only a few years older than me.

This experience got me thinking about our legacy as writers. It's a truth most of us don't want to think about: every one of us will eventually die. It's a part of our humanity. After we are gone, what are we leaving for others?

Books.  Since 1992, I've written over 60 books with many different publishers. A number of these titles are out of print but still in libraries and sold on the used market around the world. They are a part of the legacy you are creating as an author and will continue after you are no longer on the planet.

Magazine Articles. While not as permanent as books, magazines are not just for that particular issue in print. Many magazines are online and these articles continue to be available and read—long after printed.

Blogs and other Website Information. My blog on The Writing Life has over 1500 searchable entries. It amounts to pages and pages of information which will be available online forever. From the beginning I've been aware of this aspect. Also I have a number of products and domains. Some of these are depend on the renewal of the domain (by hand and not automated) so if not handled they will eventually disappear but are another part of our legacy as writers.

Social Media Feeds. Some of my author friends have no social media presence. Others (like me) have a large and growing social media presence. I have tweeted 51.8 thousand times since 2008 (as of today). Now that is a lot of information. Don't forget (as some people do), these posts are around forever and never disappear. They show up on search engines. People read them and respond to them—often long after you have posted them. If you are active on social media (and I hope you are), then this is also part of a writer's legacy.

Personal Teaching at Workshops. For many years, I've been teaching at conferences. While not always, often these workshops are recorded. People purchase the CDs or cassette tapes and listen to them later. Some people listen to these recordings over and over to glean information and insights. I'll be teaching at several conferences this year. I maintain my speaking schedule at this link. For example, I learned this week that I will be teaching a continuing class at the Blue Ridge Mountains Christian Writers Conference in May (the largest Christian writers Conference in the US) and also

doing a single workshop tied to my new book, 10 Publishing Myths and a workshop with the same name. Each of these workshops is a part of a writer's legacy and will be around for many years. When I teach at these workshops, I work hard at having excellent handouts which contain online resources and links. This information lasts for years.

Each of us have the same amount of time in a day but different times on the planet. I encourage you to live with intention and be taking consistent action in your writing life. Whether you are aware of it or not, you are building a writer's legacy.

Am I missing something which will last longer than your lifetime? Or maybe you have other feedback? Let me know in the comments below.

Are you creating a writer's legacy? Get ideas from this prolific writer and editor. (ClickToTweet)