How To Handle Criticism 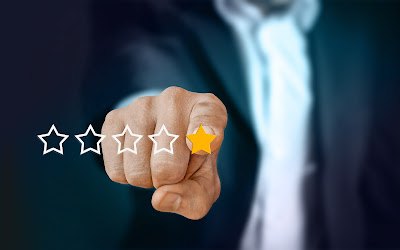 The old expression is true: everyone's a critic (or can be). In this world of social media, multiple ways to reach people with your ideas and thoughts, how do you handle criticism?

Several weeks ago, I received a short email asking me if one of my websites was actually my site. The email continued and said she wondered about it because of some typos on the site for some common words. I thanked her for the email and said I would look into the errors.

If you follow my work, you know that I have a number of domains and products online that I've developed over a period of years.  I fill the orders from these sites (sometimes automatically if they are an Ebook) but in general they operated without the need for me to go and check out the site.

A few hours later, when I checked this site, I learned this person was right. The website had some basic words misspelled and these words made her wonder if it was really my website or was something fake. In a short amount of time, I printed the entire website and reviewed it carefully line by line looking and marking any typographic errors. Because I handle my own website design, I loaded my design program and fixed the various errors. A few hours later, I wrote this author, expressed appreciation for her feedback and let her know I had fixed the errors. Also in my email, I briefly touted some of the benefits others had achieved from the product on this site. She responded that she appreciated how quickly I had fixed the issues.

I have a second recent story to tell you about this area. In recent months, I've been working on a new book which will release late this year. Behind the scenes, I've been working on this book—and in fact, I was able to take some early copies to a recent conference and sell some of them. A new author bought the book and wrote an email saying she had noticed some typos in the book. I wrote back and asked for the specifics. A day or two later, this writer sent pages with the details.  I have worked through these details and fixed the various issues. Does that mean everything is perfect now? The book creation process is not one time but an ongoing activity. The proof will be in future feedback from readers.

As writers, everyone receives criticism. When it happens, each of us have a choice how we respond. Some people choose not to read their critics and not to respond. Admittedly you have to use wisdom and discretion because you don't want to set off a firestorm (as we see sometimes on social media in particular).

One of the best ways for writers to learn about handling criticism is to join a critique group. Follow this link if you want more details.

Here's four basic principles about how to handle criticism:

1. Listen to the feedback. If you can't stand to read it, ask a spouse or friend to read it and see if the criticism is valid and something needs to change.

2. Be even handed and matter of fact about your response. Don't show the other person your irritation or emotion—even if you actually feel it. Possibly craft your response on an email or written letter rather than on the phone because you can respond with more care and deliberation.

3. Thank them for their feedback. This response is often an unexpected one but everyone likes gratitude and appreciation.

4. Take action to make the necessary changes. Maybe it is a behavior you will have to change but maybe it is something in print or online that can be fixed.

From my years in publishing, I understand it's best to have a team for the process. If you are self-publishing, then create your own team of readers and colleagues. Your overall goal should be an excellent writing to put into the world. Yes there will be critics but listen to your critics and handle them with care.

How do you handle criticism? Let me know in the comments below.


How do you handle criticism? Here's several ideas from a prolific editor and writer. (ClickToTweet)

You made an article that is interesting.You are so amazing.
clipping path

Thanks for the feedback. I'm glad you found it helpful.