What Writers Can Learn From Songland 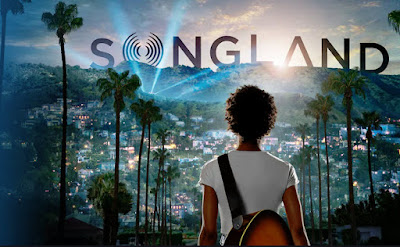 
Some of my friends have grown tired of television and rarely watch it. While I'm involved in reading and many types of publishing, I continue to watch television.  In the last few weeks, NBC has launched a show called Songland. The premise is to find a hit song for a top recording artist. Each week the artist changes and have included John Legend, will.i.am, Kelsea Ballerini and the Jonas Brothers. Four song writers come into the studio where they sing their new song in front of the artist and three legendary music producers. Then the artist narrows the four songs to three and these songs are improved with the producers. At the end of the show, the artist picks one of the three songs to record and include on their next album (the prize for the song writers).

Here's a short video clip from the program:

I know almost nothing about the music industry but I've been fascinated to compare the process for Songland with book publishing. I've been aware of several lessons:

1. The best music like publishing is a collaborative process. Yes a self-published book can become a hit but from my experience the ones that do had a sharp professionally designed cover (not from Fiverr.com), used a professional editor to create an excellent manuscript and used a launch team process to get the book attention and out into the market (among other things). Can you come up with a hit by yourself and your own resources? Yes it is possible but very unlikely because of the benefits of working with a team and the great things that happen from this collaborative process. It's why the best agents from my experience work over their proposals and greatly improve them before pitching them to publishers.

2. The artist selects the winner for their listeners—just like a publisher selects which books they will invest and publish. You might not agree with the song they seleft but the final decision is in the hands of the artist. I hope the national exposure for these song writers opens some great doors of opportunity beyond the television program—but I have no idea if this is happening.

3. You are only seeing one piece of the process. Like with book publishing, I suspect with song writing there is a great deal to the process. You have to write a great book proposal and pitch to get into the pub board room where your book is pitched to publishing executives. I assume the process is similar with song writing. Each song writer has to work hard on lyrics and melody to get selected to be one of these four possibilities for the artist.

Have you watched Songland? What lessons have you learned about song writing and other types of writing? Let me know in the comments below.