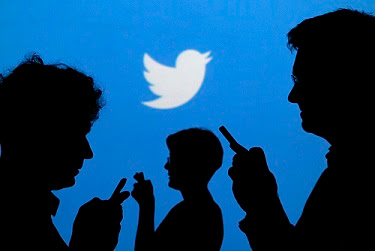 Last week I lost 15,000 Twitter followers in 24 hours. For many people that loss would have been devistating and possibly wiped out their following. I went from 220,000 to 205,000 followers. I've been on Twitter since 2008 and actively working every day to increase my following.

What happened?  An article in the New York Times explained Twitter is battling fake accounts and has slashed millions of these accounts. As the article explains, “Twitter’s decision will have an immediate impact: Beginning on Thursday, many users, including those who have bought fake followers and any others who are followed by suspicious accounts, will see their follower numbers fall.”

I applaud Twitter's actions in this area but it has had impact on many users. At one point years ago as an experiment, I did buy some followers and my followers increased over a 24-hour period. Now those followers were fake accounts and I would not expect them to engage with me or be interested in any of my tweets.

Last year one of my writer friends launched a book with a New York publisher (in fact one of the big five). She had a modest Twitter following but in a short amount of time her followers increased to over 100,000–-which looks suspiciously like she purchased those followers rather than growing the following (as I have done). I just checked her followers and now she has 14,500 followers for a dramatic drop.

I want to make several key points from this experience to help you:

1. While Twitter continues to be an important social network, do not try and game the system with buying fake followers. I have written about the five actions I take every day on Twitter. There are good reasons I have a large Twitter following.

2. Don't forget Twitter is “rented” space. I don't own or have any connection to the Twitter company. They could cancel or block my account at any time eliminating my presence. I don't expect this elimination to happen and to my knowledge have been obeying their rules (key for everyone).

If you don't understand this concept of rented media, I encourage you to study Mastering the New Media Landscape by Barbara Cave Henricks and Rusty Shelton.  I regularly speak with authors who have built their entire platform on Facebook or Instagram or LinkedIn or Twitter. Yet these authors have never considered the risk of such efforts.

3. Diversification is important as you plan your presence in the marketplace. Henricks and Shelton talk about this in the final chapter of their book giving six ways to “futureproof” your media presence. The advise is wise and worth your following it. Make sure you have media that you own: your websites, your blog and your email list.  If you haven't read my free ebook, Platform Building Ideas for Every Author, I encourage you to get it here.

There is one safe prediction I can make about the social media landscape: it will continue to shift and change.

What steps are you taking to master the new media landscape?  Let me know in the comments below.

Great work done by you .Informative and problem-solving content that users can easily digest can work really great for almost all types of blogs. When a user find something informative on a blog, he/she is more likely to come back again in future to get something valuable from your side.