How To Keep Moving When Stopped 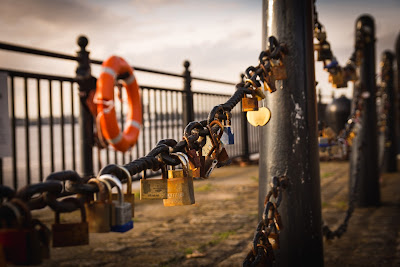 Recently I was driving into downtown Denver for breakfast with a Morgan James author. There are many one-way streets in this section of the city. Suddenly the street where I was going was blocked off and had a detour. Without even a second thought, I turned and followed the detour and soon was back on track heading toward my meeting place. I did not let the detour throw me off from my destination. I did not get put off and quit and return home but found the way forward. My response comes from years of driving experience and understanding that sometimes roads are blocked and you have to locate the way around the roadblock.


Just like driving and finding roadblocks to get around, the writing world often has roadblocks and detours. Maybe you pitch an editor who requested your manuscript and you don't get a response. I've been working with an author who has a children's book and she has been promising to send it to me. It has never come. A few weeks ago when I saw this author in person, she asked me if I had received it. My conversation with her was the first I had known she had even finished it and tried to send it. No, I had not received it. She promised to resend it—and that still has not happened. We depend on things like email when sometimes even email breaks down and doesn't reach the intended editor.

From my years in publishing, I find every step of the process has pitfalls and potential breaks in communication. Editors don't respond to your magazine pitches or a program which you use often isn't working or someone promises to review your book and doesn't follow through. These types of roadblocks happen all the time.

How do you respond to a roadblock? Do you stop and say to yourself, “Guess no one wanted that idea.” “Or “it wasn't meant to be.”  Or do you persevere and look for another way to move around the roadblock?  The writers who succeed (and that measure of success is different for each of us)—find their way around the barriers.

Earlier this year, I wrote about listening to Lauren Graham's memoir, Talking As Fast As I Can. She sat next to best-selling author, James Patterson and ask him, “How do you do it?”

Patterson responded, “Keep going, keep going, keep going.” As writers, each of us get rejected. Our plans get interrupted and changed.  My encouragement is to continue looking and find the path forward. If you are struggling with an area, then create a new habit or new system to help with this area. Your goals and dreams as a writer are important.

The stories of persistent and perseverance in the face of challenges is often a theme in different biographies and how-to books that I've heard recently (check my list of books here). In Robert Greene's Mastery, he told the story of Henry Ford and his early failures and persistence to ultimately form the Ford Motor Corporation. 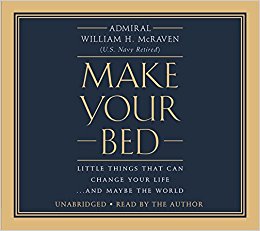 Admiral William H. McRaven told about his persistence in his Navy seal training in Make Your Bed. Historian David McCullough told about the early failures of Harry S. Truman in Truman. While he had no college education, Truman became the 33rd  President of the United States. I learned valuable lessons from each of these successful people. Persistence and perseverance is an important quality for every writer.

Tell me in the comments below, what actions you take to continue and move forward with your writing.

Hitting a barrier? Get ideas here how to keep moving forward.  (ClickToTweet)