Why Keep Up with the Technology

Maybe you are one of these writers who is focused on writing and the technology can spin around you and you aren't interested in keeping up. I know where you are coming from and I've been right there with you. 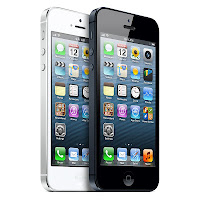 Last summer I met with a pastor of a large church. He picked a local restaurant which had gone out of business two days before our meeting. As I was walking up to the meeting, he told me, “I just sent you a text.” I had no idea where that text went because it did not reach me. I had a cell phone but did not text nor receive email on my phone. I did not have a smart phone.

I watch people enamored with the technology to the detriment of their writing life. When they are with people, instead of focusing on these people, they are reading their email or texting friends. I didn't want to be a part of that crowd. Also I've often found with email and texting, there is some value to not instantly responding but putting some thought into it. Some times a situation can be enflamed with an instant and thoughtless response. I was happy with my little plain cell phone.

I handled my email on my regular computer—not my phone and not on the road. I tend to get a lot of email (hundreds a day). Any time that I'm away from my computer for a length of time, things do begin to pile up and take several days to process.

Last fall I did six conferences in seven weeks all over the U.S. I spent a great deal of time away from my computer and knew it would take more than a few hours to catch up if I didn't do something to change how I worked. I took the plunge and traded my simple cell phone for an iPhone 5. I've been learning to text and email and much more on my phone. 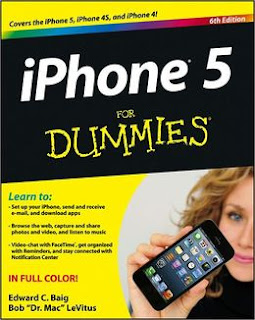 I've had a huge learning curve with my phone. Each day gets better and I've seen the repeated value of making this switch. Several weeks ago I read that bestselling novelist Philip Roth had purchased an iPhone 5 and he was working through the instruction in the book iPhone 5 for Dummies.

While you might not like the Dummies series, I've found a number of these books to be insightful for learning. I got the book and have been working through the different chapters applying it to my phone and situation. While the phone has a lot of intuitive features, I have benefited from the detailed instructions.

This week I was speaking about my technology change with one of my writer friends and he told me about a songwriter friend who was writing with a well-known recording artist. This songwriter had a clunky old cell phone—nothing connected to the Internet or the ability to text.

During his writing session, they created a song. He asked when they were going to head into the studio to make a demo of the new song. The well-known artist said, “Hang on. Let's record it now.”

He pulled out his phone and started the recording application. They created an MP3 then he sent the phone off to a record executive. In a short amount of time, the executive responded and gave them a record deal.

The experience changed the song writer with the old cell phone. He updated his phone and began to use the new technology.

Admittedly you have to use wisdom with the technology. I still think twice and sometimes several times before I fire off a response. Also I work at not constantly checking my email or using my phone when I'm with my wife or other family members. Like any tool, you need to discover the right balance for you and your writing life.

What steps are you taking to update your technology and continue to grow as a writer and communicator?