The Importance of Consistent Action 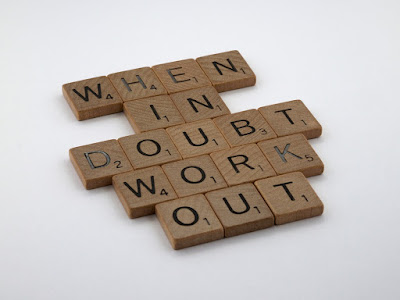 Early on a Saturday morning before the sun had risen, I was working on my social media posts for next month (May). Why? It's part of my consistent pattern of collecting then posting content for my social media feeds on Twitter, LinkedIn and Facebook. Through the years I've posted thousands of entries. It takes consistent action to get results. No everyone reads every one of your posts on social. Sometimes someone will email me about an interview I've posted—like they are hearing it for the first time—when I recorded this interview months earlier but I'm consistently putting it into my social media posts. It's all about taking consistent action.
Often in these articles, I've written about the importance of taking consistent action with your writing life. You may not see the results immediately (or ever) but the fact you are consistent will pay off.
Recently I was one of the speakers at a virtual writing conference. One of the people attending the event was a writer in Nigeria.  He learned about the event from one of my tweets on Twitter. Which tweet? I have no idea but the fact I was posting consistently paid off and this writer saw my words and took action and attending the event. Because of the time difference, many oif the sessions were in the middle of the night in Nigeria but this writer saw the importance of attending the event—and he came because of one of my social media posts.
I am writing consistently—like the hundreds of entries in this blog on The Writing Life. Like clockwork, I write something new every week. Are you consistently blogging or writing for something else? Besides these blog articles, I regularly write for several other blogs. Sometimes I write an original article. Other times I repurpose and rewrite older articles and use them. Each article includes links to resources where people can subscribe to my email list, buy my books or other strategic ties. Sometimes from these consistent efforts, people buy my books. Yet not everyone buys my books from these articles. I know someone has to hear about your book 8 to 12 times before they buy it. These articles might be one of those exposure times. It's not always about book sales but consistent action will pay off in other areas of your writing life—even if you can't see the results.
Often in these articles, I've written about the importance of reading for writers. While I love to read, several years ago I began to write reviews on the books that I read (or if I hear the audiobook version) I've done it so often, writing a review only takes me a few minutes. I've written over 1,100 reviews on Amazon and over 700 reviews on Goodreads.  While that is a large amount of reviews, it didn't happen overnight but through consistent action.
What consistent actions are you taking with your writing life? Let me know in the comments below.
Tweetable:

Consistent action is important for writers. Learn some of the details from this prolific editor and author here. (ClickToTweet)