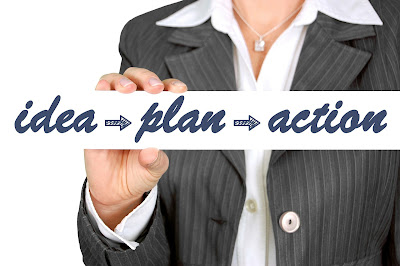 
When I was a high school sophomore, my English teacher, Mr. Smith, saw something in my writing and encouraged me to join the newspaper staff. I started writing sports even though I was non-athletic and didn’t follow sports. I learned the jargon and began to write sports. Ultimately I was the editor of my newspaper my senior year and went on to Indiana University and majored in journalism. I thought I was going to be a newspaper reporter but instead joined Wycliffe Bible Translators and spent the next 10 years in linguistics. I began to work on the mission magazine and ultimately became the editorial director and in charge of the public face of Wycliffe in print.

My return to writing from linguistics began in the magazine world. I learned to write a query letter to pitch my idea and then got assignments and completed those assignments. Over the years, my writing has been published in more than 50 publications.

My first book was published in 1992 because an editor at David C. Cook asked me if I had any ideas for children’s books. As a company, their mission statement charged them to teach children about missions, yet they didn’t have a single book on the topic. Since I worked for Wycliffe, she asked if I had any possible children’s book manuscripts. I pitched a possibility and she said, “That’s a good idea, Terry. Write that up and send it to me.” 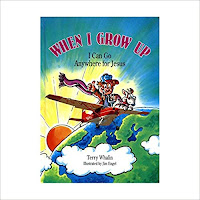 I went home and submitted my manuscript. While I went through a number of versions but ultimately it became my first book called When I Grow Up, I Can Go Anywhere for Jesus. This 32 page picture book started my work in books. Since then I’ve written over 60 books for many different publishers. I’ve been an acquisitions editor at three different publishers and for a while had a literary agency (closed).  Many wonder how I’ve done it—and it’s really simple action steps.

At a conference or on the phone or on email, I pitch my ideas to editors. When they respond positively and are willing to read it, I follow up, write it and send it to them. I don’t get published each time—but I do give myself a chance to be published. From being an editor and asking writers to send me their work, I know only about 10% or less actually submit it for consideration. They miss the opportunity by not doing what the editor has asked. 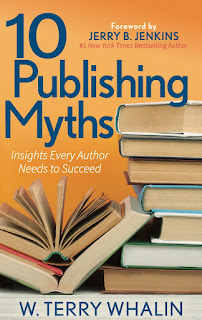 I’ve spoken with hundreds of writers and read thousands of submissions. I compiled a lot of my lessons into my new book, 10 Publishing Myths, Insights Every Author Needs to Succeed. Watch my one-minute book trailer for the book.

One of my 18 endorsers told me I was missing the 11th myth. I decided to write that chapter and give it away (looks exactly like the rest of my book). You can use this link to get the 11th Myth right away.


My journey as a writer continues with simple action steps: do what the editor asks and submit what they need.

Are you taking these simple action steps? Let me know in the comments below.

Are you taking simple action steps as a writer? Gain insights from this prolific writer and editor. (ClickToTweet)