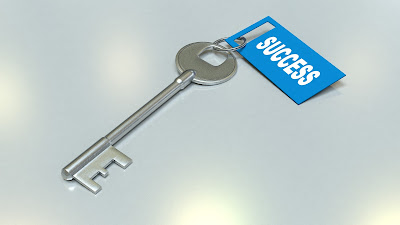 Where do you find inspiration for your writing? For me, this inspiration comes from many different sources but as a writer we have to be aware and watching for it. I love a good story and find myself returning to these stories mentally and thinking about them over and over.

I've mentioned in the past about listening to audiobooks through Overdrive. It is a free resource through the public library. You can easily check out audiobooks, download them on your phone then listen to them as you walk (through earphones) or drive (through bluetooth) or many other means.

I love listening to memoirs and self-help books. Recently I listened to actor Michael Caine's memoir, Blowing the Bloody Doors Off. At 85 years old, actor Michael Caine has lived an amazing life. Like you would expect, his life is filled with ups and downs—and both aspects are captured in the pages of this fascinating book. I listened to Caine’s narration of the audiobook version cover to cover and enjoyed the book.  It is filled with stories and life lessons. To give you a taste of some of these insights, I tracked down the introduction to this book and wanted to include a few paragraphs: 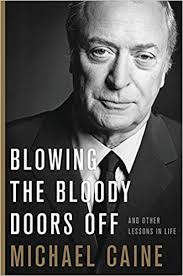 “THE FIRST TIME I was in the United States, when I had just made Alfie, I was sitting on my own in the lobby of the Beverly Hills Hotel and heard the sound of a helicopter landing in the gardens opposite. This, the porter told me, was strictly illegal. He and I stood at the door to see who was so flagrantly flouting the law—presumably the President, of the United States or at least of the Beverly Hills Hotel. Across Sunset Boulevard, out of a swirling sun-flecked cloud of dust, six foot four and in full cowboy get-up, strode the unmistakable figure of John Wayne. As I stood there with my mouth open he caught my eye and altered his course to come over to me. “What's your name, kid?” he asked.

“Michael Caine,” I managed to croak.

“That's right,” he agreed, with a tilt of his head. “You were in that movie Alfie.”

“Yes,” I said. I wasn't really keeping up my end of the conversation.

“You're gonna be a star, kid,” he drawled, draping his arm around my shoulders. "But if you want to stay one, remember this: talk low, talk slow, and don't say too much."

"“Call me Duke.” He gave me a chuck on the arm, turned around and swaggered off.

It was a mind-blowing Hollywood moment for an ambitious young actor on his first visit to the city of dreams. And it was great advice for anyone who was going to be acting in Westerns and delivering all his dialogue from a horse. Talk low and slow so you don't scare the horses, and say as little as possible before the horse runs away. But it was not such great advice for someone like me, an actor who was going to play all kinds of characters with tons of dialogue, and mostly, thankfully, with my feet planted firmly on the ground.
I am often asked what advice I have for actors starting out in this business. And for many years my answer was “Never listen to old actors like me." That was because, until John Wayne offered me his words of wisdom, I always used to ask older actors what I should do, and the only thing they ever told me was to give up.

But as I've got older, I've been reflecting on my life, as older people often do. And I've realised that, over my sixty years in the movie business and my eighty-five years of life, I have been given a lot of useful advice—by Marlene Dietrich, Tony Curtis and Laurence Olivier among many others—and I have learnt a lot of useful lessons, from my many glittering successes and my many disastrous failures. I started to think I could do a bit better than “never listen to advice.” In fact, my advice would be, don't listen to that advice.

This book is the result of that reflection. I wanted to look back on my life from the Elephant and Castle to Hollywood, and from man-about-town Alfie to Batman's butler Alfred, with all its successes and all its failures, all its fun and all its misery and struggle, its comedy, its drama, its romance and its tragedy, and find, among it all, the lessons I've learnt and want to share, not just for aspiring movie actors but for everyone.

A few of my “lessons” are quite specific to movie acting. But I hope that most of them will speak, somehow, to most of you. You won't all have to audition for parts but in some ways life is always an audition: everyone has moments when they have to put themselves out there for what they want. You won't all have to learn lines but everyone sometimes has to make sure they're properly prepared. We all have to deal with difficult people and we all have to learn how to balance our professional and personal lives.” (From the introduction of Blowing the Bloody Doors Off.

I just gave a taste of the profound material in this well-crafted book. I highly recommend Blowing the Bloody Doors Off (which was the last line in the entire book). I hope this example has given you some ideas about where I find inspiration—and you can too.

Where do you find inspiration? What are some of your sources? Let me know in the comments below.

Where do you find inspiration? Get some ideas from this prolific writer and editor. (ClickToTweet)