The Power of Social Media 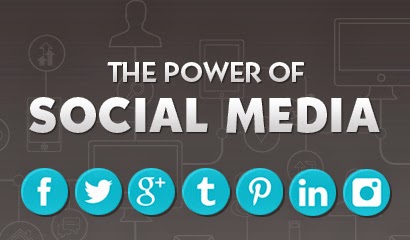 Last week the switch of an electrical device that I use daily got stuck on—and refused to turn off. It had a mechanical failure and was less than a year old. Online I looked up the customer service number and called the manufacturer.

I was on hold a long time (at least 30 minutes) and finally reached a customer service person. This person offered to send a replacement device. When it arrived, I would use the same package to return the defective device. Toward the end of the conversation she told me it could take up to two weeks for the replacement to arrive.

“That is unacceptable,” I responded. “I need it much quicker than two weeks.”

She launched into her standard language about how they couldn't do it any quicker. I asked to speak to a supervisor.

Waiting on hold another length of time, finally a supervisor came on the line. She also held to the company line that it would take up to two weeks for the replacement. I tried a different approach.

“I don't suspect you like negative complaints about your product. I have over 84,000 twitter followers. You can look up my name to verify that fact. Unless you get me the replacement part quick, I'm prepared to begin speaking negatively about your product and your customer service.”

The supervisor thought about what I was telling her. She said she would have to appeal to her supervisor to get that approval.

“That's fine. I'll wait,” I told her. I waited on hold another stint until this second supervisor got on the phone. He listened to my threat to begin complaining on social media about their customer service and product.

He made a decision. “We can send the replacement second day air,” he said then instructed the first customer service person on the details about reach the correct screen to select this option. My replacement part came in a couple of days, works fine and I returned the defective device.

Firsthand, I saw the power of social media to convince the supervisor that it was better to send the part quickly than to risk the wrath of twitter.

Social media with groups and communication is a huge help. It is effective if there are participants to collaborate on different topics which also link to your blogs such as Facebook for business. You have great information. Looking forward to read more!
social name.

I definitely enjoying every little bit of it and I have you bookmarked to check out new stuff you post."

Really the blogging is spreading its wings rapidly. Your write up is a fine example of it