Climb Out of the Routine

Are you a routine person? In many ways my writing life falls into a regular rhythm. I suspect that my preference for the routine isn't too unusual.

Every now and then it's good to climb out of your rut and break your routine. Try something different. Several weeks ago, my long-time publishing friend Judith Couchman asked me to read and write some words about her new book, The Mystery of the Cross, Bringing Ancient Christian Images to Life. I wasn't sure what I would learn but I agreed to read the book. It is out of the realm of the normal sort of nonfiction and fiction that I would choose but I found the book fascinating. 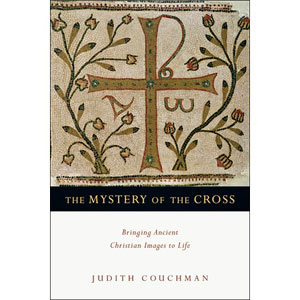 Throughout the ages the Cross has been symbolized in many different fashions and Couchman takes the reader on a remarkable journey. Until I read through this well-done book, I had no idea the various symbols used to represent the Cross. In fact, Couchman captures 40 different representations in this book which includes seven different parts:

* The Cross in Pre-Christian Times

* The Cross and the Suffering Savior

* The Cross and the First Believers

* The Cross and Early Religious Freedom

* The Cross in Ancient Everyday Life

* The Cross in Early Church Life

* The Cross and Its Eternal Power

This book can be used as a devotional learning experience about the Cross or you can read it straight through like any nonfiction book. I found it a bit unusual to release a book about the Cross around Christmas because typically the Church is tuned into the Cross around Easter instead of Christmas. Yet toward the end of the book on page 195, I found the Christmas connection within this book: "Christmas Day 800 marked one of the turning points to European history. Charles, King of the Franks, attended the third Nativity mass at St. Peter's Basilica in Rome. He prostrated himself for prayers at the Tomb of the Apostle, in front of the congregation. when Charles rose from his petitions, Pope Leo III stepped forward and crowned him emperor of the Romans. The assemblage cried out, "Long life and victory to Charles, the most pious Augustus, the great, peace-loving emperor, crowned by God." Then everyone in attendance, including the pope, bowed to the new emperor, also known as Charlemagne." And to think that such a celebration happened on Christmas Day.

Pick up a copy of The Mystery of The Cross. It will shake you out of your routine thinking about this ancient symbol.

You know, I had seen Judith's new book, but I've been so busy with what I HAVE to read that I hadn't taken time to look at it. Now that you've talked about it here, I think I must have it.

Thanks, Terry (and Judith!)