At least one news cycle this past week included the controversy over cover of The New Yorker magazine with Michelle and Barack Obama dressed in unusual garb. Maybe you saw it on your television news or some other means. It came across my desk in several different formats.

If you read these entries on The Writing Life, you will be aware that I read The New Yorker magazine and often call to your attention some of the great articles about the publishing world. Beyond the controversy about their July 21st cover, I wanted to make sure you read Jill Lepore's article, The Lion and The Mouse, The battle that reshaped children's literature. Thankfully the full version of this article is available online. Some times I locate articles that I would like to point out but they are not so easily accessible. 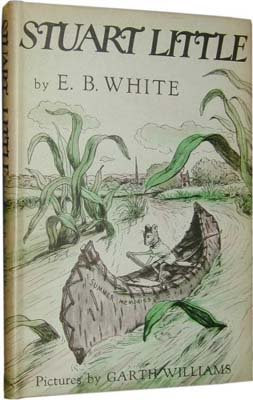 I encourage you to read this piece and you will learn about the battle between Anne Carroll Moore who yielded huge power in the area of children's literature because of her initiative setting up a children's library in New York City. As the article explains, "In the first half of the twentieth century, no one wielded more power in the field of children's literature than Moore, a librarian in a city of publishers. She never lacked for an opinion. "Dull in a new way," she labelled books that she despised. When, in 1938, William R. Scott brought her copies of his press's new books, tricked out with pop-ups and bells and buttons, Moore snapped, "Truck! Mr. Scott. They are truck!" Her verdict, not any editor's, not any bookseller's, sealed a book's fate. She kept a rubber stamp at her desk that she used, liberally, while paging through publishers' catalogues: "Not recommended for purchase by expert." The end. The end of Moore's influence came when, years later, she tried to block the publication of a book by E. B. White. Watching Moore stand in the way of "Stuart Little," White's editor, Ursula Nordstrom, remembered, was like watching a horse fall down, its spindly legs crumpling beneath its great weight."

Yes Stuart Little is the mouse in the title of the article. Through the movies and other reinventions, a new generation has come to love the stories about Stuart Little. Yet few people know the struggle that some of these ideas have to come into print. Notice in the last paragraph of the article there are more than four million copies of Stuart Little in print today.

What are the people around you or the editors or the literary agents telling you as a writer can't be done? Can you keep thinking about your idea and come up with a creative way through the obstacle? I hope you can draw some courage and strength from reading about Stuart Little.

I think we have ideas at times that we are told will 'never work'. I'm fairly new, so haven't experienced this yet, but my current (and only one completed so far!) book concerned me. It deals with Internet Romance (ack!) and I was and still am concerned with how it will be received in the CBA market. Will readers be like, "AHHH! Big bad evil Internet!" or will they embrace it as a great contemporary romance with a new twist? I think (hope) with the changing of the face of Christian fiction lately, it will be the latter.

It’s always important to push the envelope a little, be on the cutting edge of SOMETHING. It's what makes you unique, makes you stand out from the rest. If we write like everyone else, if our stories have no different angle or depth, then we're just running in circles and won’t stand out in the crowd of books that are saturating the market.

If that could happen to E.B. White, then we're all in good company! It's encouraging news--I think we all have one or two ideas lurking somewhere (or manuscripts tucked in boxes) that someone "important" deemed unpublishable. I think I'll go dust off that story of mine and see if I still love it...

I have a short story due in Breakaway Magazine that is a Christian Werewolf story. I was blown away when Mike Ross bought it since I had considered it a long shot based on the subject matter. He believed in it, but had to do some war with his copy editor and I had to make some changes. All in all, the story is still the same (as far as I know--I'll confirm this upon publication this October)and possibly better than it was.

My current novel is another iffy matter for the CBA: a vampire story. There is a trilogy due out starting this Fall from Thomas Nelson that is supposed to be about vampires--but from what I see, it appears it is being changed from that in subtle ways.

We'll see what happens. Terry, I appreciate your encouragement to plow ahead and find creative ways to make things work.

ps. this user appears to be under my wife's name. hmmm.

Terry, I always appreciate when you post on Children's Literature since that's my main focus.

I haven't yet read the article, but will be in a minute! With that said, I'll just throw in a couple of comments on it:

I have found the publishing industry, in general, to be very myopic. It is my opinion that there are good reasons why there are so relatively few best-sellers that have to hold up the entire industry---the people making the decisions on what is and isn't marketable or what does and doesn't work often have their heads in a "very dark place" AND they're wearing sunglasses while they're there!

I believe it took Theodor Geisel (Dr. Seuss) over 50 rejections before someone actually recognized the man's genius.

This is a long and weary tight-rope we walk! Thanks for posting hte article, Terry!
:Donna

"My current novel is another iffy matter for the CBA: a vampire story. There is a trilogy due out starting this Fall from Thomas Nelson that is supposed to be about vampires--but from what I see, it appears it is being changed from that in subtle ways."

Iffy indeed, Tricia. CBA affiliated publishers don't want true to lore or even close to lore vampire or wereolf stories. They claim the specific market of Christians they serve doesn't want to read about such things. By the way, every CBA affiliated publisher I contacted after my vampire werewolf novel was short-listed for a Bram Stoker award in 2007 and voted book club choice for the month of May 2007 at the ACFW, told me this.

Therefore, there will be no true to lore or even close to lore vampire or werewolf novels coming from any CBA affiliated publisher. Just stories that hint around so as not to offend their market.

No big deal really. There are plenty of other Christian publishers in the sea who aren't CBA affiliated and have no problem with vampire or werewolve stories! :)