The Unknown Impact of Writing 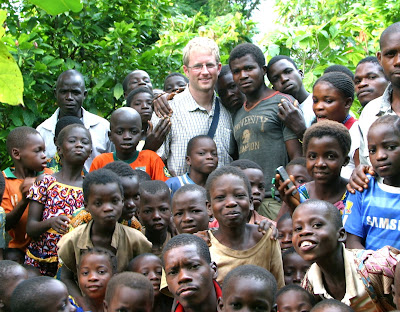 For years I have been writing stories. Some stories are from other people and I tell them in magazine articles or books or blog posts or Ebooks. Other stories are my own personal experiences which I relate in different forms of print or online.


It is hard to measure or know the impact of your words or writing. Yes we get hints when others review our work in print or on Amazon.

Over 12 years ago as a frustrated acquisitions editor, I wrote Book Proposals That Sell. My goal was to help writers be more successful in getting their books published. I also wanted editors and agents to receive better pitches and manuscripts and proposals from the teaching in my book. Many of these goals have been realized because the book has over 130 Five Star Amazon reviews and I’ve received all sorts of great feedback from writers, agents and editors.

I’ve also had my share of detractors or people who have not liked the book and given me one star reviews saying, “I threw your book in the subway trash.” Each of us should understand not everyone will like our work and there will be negative feedback.

When my authors from Morgan James contact me about what to do with a negative review (one or two stars), I tell them  to rejoice. They should not complain to Amazon or try and get those reviews removed. These lower reviews actually validate all of the other reviews on the book. They show readers that you are getting real feedback on your book. The stars are averaged together so if you only have a few Five Star reviews then get a one star review, it will skew your reviews toward the negative. It means you have more work to do to get others to give you five star reviews on your book.

This weekend, I was on the faculty of the Indiana Faith & Writing Conference at Anderson University. I taught on book proposals. I heard a new story about the impact of my Book Proposals That Sell which I wanted to tell you about in this blog. 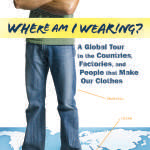 I met Kelsey Timmerman who was also on the faculty of the conference. He told me that he used my book (along with one from Michael Hyatt) to write his original book proposal for Where Am I Wearing?, A Global Tour to Countries, Factories, and People that Make Our Clothes. After Kelsey wrote his proposal, a literary agent picked up the book an sold it to John Wiley & Sons. Where Am I Wearing? was published in 2012.

From Kelsey’s story, I gained a new insight into the impact of my own writing on the community.I had never heard that one of my books led to a New York Times bestseller. Getting on the New York Times list is rare and hard in this competitive business. From my understanding a book has to sell over 11,000 copies in a seven day period through that secret list of bookstores which report to the New York Times. It is almost like winning an Oscar in the book business—very hard to do but is rarely accomplished.

What is the impact of your writing? How do you measure it and know? Do you treasure the feedback of others? Let me now in the comments below.

Most of us don't know the impact of our writing. Here's the details. (ClickToTweet)

Thanks for this, Terry. I have a short 99 cent Kindle ebook that was selling regularly until someone posted a one-star review with the comment "An epic waste of time. This book is a joke." and it went on. I haven't sold a book since. There are 12 other reviews -- mostly positive. I know wherever we go we can make enemies which is sad but that's life. It's frustrating that one review can so impact book sales. Thanks for the encouragement.

Dianne, Great comment. Thank you. Whenever we get negative comments, we need to counteract it with positive and figure out how to move forward. I'm certain your book will start selling again so persist and continue marketing it. You CAN do it.