On Being A Writer, On Being a Christian

It's an honor to have Bret Lott as a guest for The Writing Life. Bret is a bestselling novelist. He wrote Jewel, an Oprah Book Club selection which was made into a film. His latest book is Letters & Life: On Being a Writer, On Being a Christian (Crossway Books). 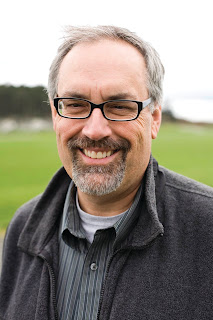 At the beginning of every semester, I read out loud Richard Brautigan’s short story “1/3, 1/3, 1/3” to my students. I do this be¬cause (1) it’s a terrific story; (2) when it comes to learning craft, I place a whole lot more stock in examining well-written work than in yammering on about the how-to of technique; and (3) this story has two of the best descriptive sentences I have ever read.

Brautigan’s writing is funny, beautiful, and strange. He was most famous for his novel Trout Fishing in America, published in 1967, for which he became a counterculture literary icon; he later committed suicide for the reasons people commit suicide: their own overruling of the gift of creation.

But this story and its remarkable voice and precision are still here and still alive.

After I read the story—it’s only four printed pages—I quiz my students, asking them which two sentences they believe are the ones I believe are among the most precise descriptions I have ever read; that is, as all good teachers are wont to do, I ask them to read my mind.

The first sentence is this: “My entrance into the thing came about this way: One day I was standing in front of my shack, eating an apple and staring at a black ragged toothache sky.”

The second is, “The novelist was in his late forties, tall, reddish, and looked as if life had given him an endless stream of two-timing girlfriends, five-day drunks and cars with bad transmissions.”

These are two of the most precise descriptive sentences I have ever encountered, not for the exactitude of their physical or tangible descriptions; in fact, you’ll find that the physical element of these descriptions may be merely and only serviceable, indeed might even be a bit vague. But I value these descriptions for their spiritual acu¬ity. What happens in these descriptions is that a kind of descriptive triangulation occurs, and by triangulation I do not here mean the sort Bill Clinton made famous in his campaigns and subsequent presidency, that surveying of every possible side to be taken and managing somehow to support every one of them. Rather, by triangulation I mean the navigation technique that uses the trigono¬metric properties of triangles to determine a location or course by means of compass bearings from two points a known distance apart. 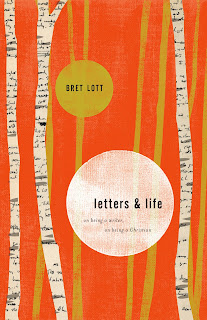 First, Brautigan gives us descriptive elements that are a known distance apart; that is, we know what a “black” and “ragged” sky looks like (and if you don’t, you haven’t paid enough attention to the sky). But in giving us that next word, “toothache,” he allows us into the unseeable realm of description, the point to which we need to navigate; he gives us the spirit of the sky and so the spirit of the viewer, a young man eating an apple, the story tells us, who doesn’t know what he meant by living the way he did all those years ago. With this word “toothache,” we have been placed on a three-dimensional grid and know now not only exactly what the sky looks like but exactly the ache and trouble of mystery of a young man’s life.

The same quality of known distances apart holds for the first three descriptors of the novelist: “in his late forties, tall, and reddish,” The fact is that these words are, finally, quite dull, and quite vague. If you were a student of mine and used them in a story to describe a character, I would most likely write “ugh” in the margin, which is usually a sign that I think you’re not actually trying to write well. But if you were to append this last phrase—“and looked as if life had given him an endless stream of two-timing girlfriends, five-day drunks and cars with bad transmissions”—well, if you wrote that, I’d call you a genius.

Because, as with that toothache sky, we know not only what this guy looks like but also the spirit of this man. We could each of us get a police lineup in which six tall, reddish men in the forties lined up against the wall, and we would know immediately the one with the endless stream of two-timing girlfriends, five-day drunks, and cars with bad transmissions. This is because the description we have been given transcends the physical and leads us into the third dimensions of writing: that point when we leave simply seeing something and enter into knowing that something.

An Excerpt from Letters & Lie: on being a writer, on being a Christian by Bret Lott (Crossway Books, 2013). Used with Permission.

You made me think about this, and I appreciate that. Your examples nailed it. I can see the sky and the novelist in my mind.
Thanks!

I have heard much about Lott's work. Wasn't aware of this book. Thanks for posting.